If I Could Redo My Postpartum Experiences…

My baby girl started walking in the past few weeks.   Most parents are excited about milestones and though I am excited for her to be able to explore her world differently, I am having hard time with this milestone.  I thought that ending nursing would be hard for me but she was losing interest at 11 months so she started to wean herself so I was not as sad I thought I would be.  Then I did have a little bit of trouble getting her off bottles (as I just loved to hold her and give her a bottle) but then again, it seemed to happen naturally so it was not as hard as I thought.  But the walking, that has been a bit harder.  She is walking almost 3 months later than my son so I think she seems younger to me than she really is.  She is also about to move out of the infant room at her school and into the toddler room.  I am terribly sad about this.

We know she is our last baby.  We always only wanted 2 children and though I honestly would not mind being pregnant again, (which is funny as I would NEVER have said that 15 months ago) we do not want 3 children and we know we are done.  We have been blessed with 2 very beautiful and healthy children and our family is complete.  What I get sad about the most is never being able to experience the first few magical minutes after your baby is born and placed on your chest.  This was one of the most incredible and surreal moments of my life and I honestly get sad thinking about never having that moment again.  I feel that walking is one of the last ‘baby’ stages and now I have a toddler. 🙁 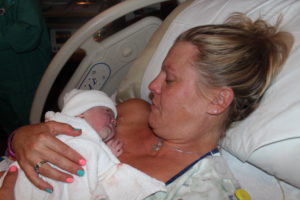 Because of all these changes, I have been thinking a lot about this past year and my final postpartum experience. I am also currently training a client whose son is a few months younger than Madelynn and have another client who is newly pregnant.  Not to mention I  have a few friends who are pregnant, I have been teaching quite a few workshops on pre-and post-natal fitness, I have had a new mom return to one of my group fitness classes and have been working out along side some other new moms.   So needless to say postpartum has been a topic in my personal and professional life lately.

I have learned so much about pre-and post-natal exercise over the last 3 years.  Though I was very interested in pre-and post-natal fitness and had trained pregnant clients prior to my own pregnancies, I had never actually gone through the experience, so though I might have had the knowledge before, I did not feel that I could completely understand until I had been through pregnancy and postpartum period myself.

Though I had fairly easy pregnancies and uncomplicated births, if I could go back and change some of my postpartum experience there are a few things I would have done differently.

My first pregnancy with Caleb: 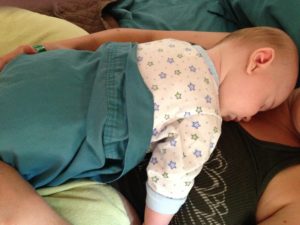 Spending some precious moments with Caleb while on maternity leave.

My second pregnancy with Madelynn:

Overall, I am very blessed that I had fairly easy pregnancies, non-complicated labors and fairly good postpartum experiences.  However, I just wish I would have been kinder to myself and my body.  Though I will not get to redo these experiences, I hope I can encourage other new mamas the right way to approach their recoveries and focus on what is really the most important, bonding with that new bundle of joy, sleeping whenever possible, being in awe of this new life you created and showing kindness towards our bodies for accomplishing one of the most amazing things in the world. 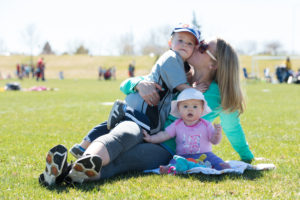